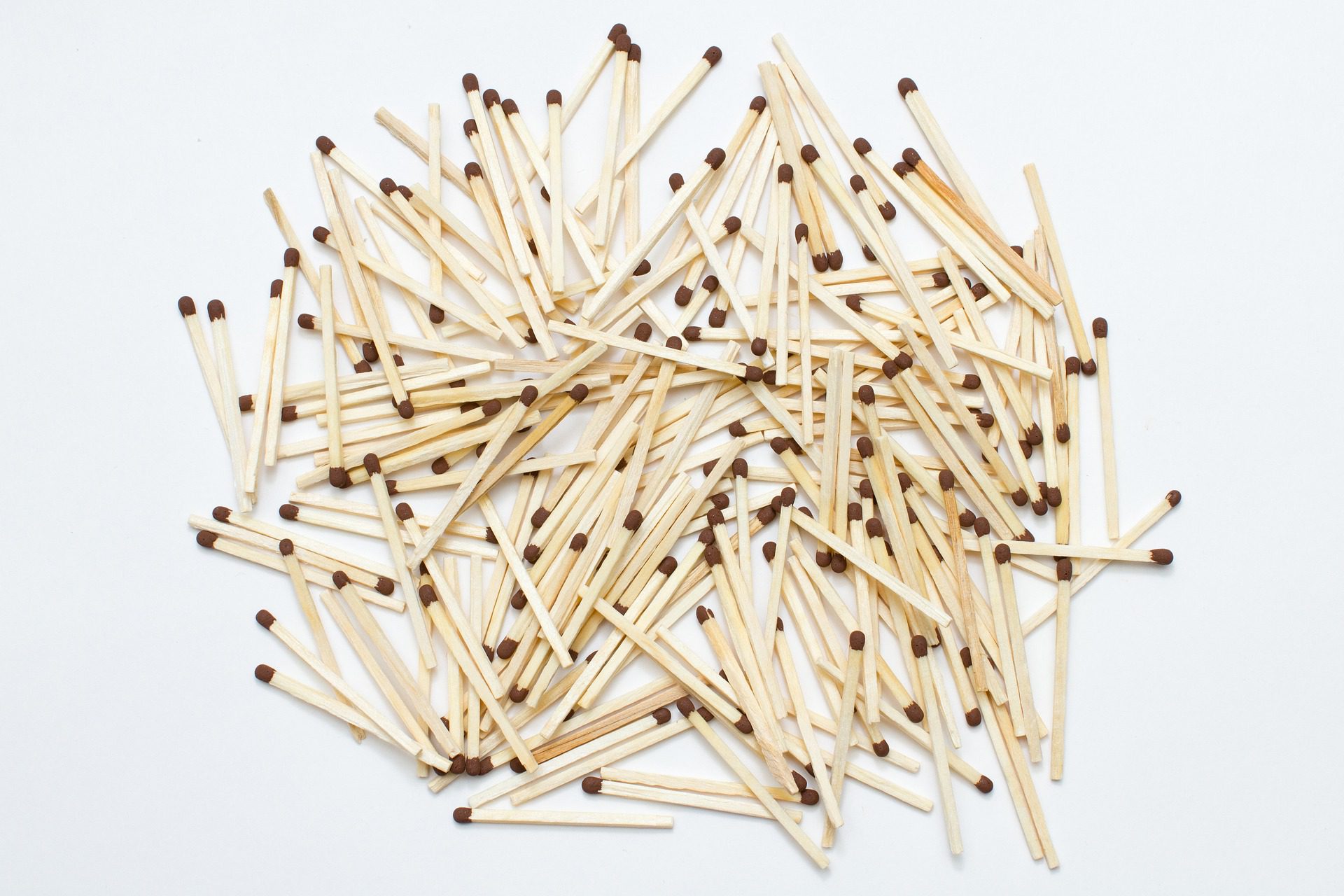 Firms’ ad hoc and often manual approach to market abuse surveillance may perform less well in the distributed working environment necessitated by the pandemic. Surveillance teams will experience higher alert volumes which may cause a backlog to accrue. Firms lacking automated trade reconstruction tools will struggle to fulfil regulatory queries. In addition, firms’ senior leadership should be communicating clear and high expectations for traders working from home or a from back-up location — and, therefore, with potentially less oversight — at a time when market abuse risk is deemed high.

“I would be losing some sleep. The only thing you can really do is enrol someone very senior in your firm, preferably the chief executive, to send a message to the business line about their expectations that people act with integrity and don’t behave in a different way because they have the opportunity while working from home. If anybody thinks that this is a lessening of the standards usually expected, then they are sorely mistaken. When this is all over, the firm’s reputation and individuals’ integrity, and how they treat clients and behave in the market, will have been paramount,” said Nick Bayley, managing director and head of Duff & Phelps’ regulatory compliance practice in London.

How that message is delivered will depend on a firm’s culture, although messaging should be unambiguous. The UK Financial Conduct Authority (FCA) has made several statements on its expectations that all trader and broker communications should be recorded regardless of their working location, and aired has its concern about firms’ ability to meet disclosure requirements for sensitive information in a recent ” Dear CEO” letter.

Technological advancements such as artificial intelligence and machine learning have not yet been widely applied to trade surveillance. “Surveillance capabilities are still relatively immature,” according to The State of Holistic Trade Surveillance, a report by JWG and NICE Actimise published in March (see article here). Some 67% of firms surveyed said they are “currently struggling with manually intensive processes for data management”. Fully integrated markets and communications surveillance using AI and featuring automated trade reconstruction is an ambition, not the reality, for most firms surveyed.

“[Firms are] generally struggling to link trade data to other data sets like voice. Thirty-three percent of firms surveyed reported that they do not have the ability to link their siloed data sets at all, and 80% now rely on manual processes to get data into puddles for their analysis. Perhaps most tellingly, no firm could say that they have voice, ecomms and trade alerts integrated into the same case manager. Thirty-five percent of firms use spreadsheets or ad hoc manual processes to enrich investigations with different data from other systems as needed. Sixty-five percent utilise multiple case management systems,” the report said.

“Now you’re introducing communication channels which have never been contemplated in the office, like the old landline telephone and new video game messaging platforms, into the work environment. Even the lack of physical separation can cause new issues to arise when controls are loosened that were put in place to prevent old issues. For example, when employees go to disaster recovery sites they may not be able to keep the same information protection procedures in place. Firms usually have the M&A teams using a separate lift, and you can’t get off on their floor if you work on a trading desk. With new space [there] comes new opportunity for information barriers to be a bit more porous,” said PJ Di Giammarino, JWG’s chief executive.

VoxSmart, a trade surveillance technology firm, saw a 500% increase in the call volumes — 2 to 3 million minutes — recorded by its systems in March.
“It’s good because it shows you traders are using compliant lines and using the tools they are given. If they are provided the tools, they can do their job compliantly. If firms don’t provide the right tools, don’t then come crying when they breach the rules. If a firm knows a trader communicates with a client over a certain medium and you as a firm [do not surveil] that medium, that’s your fault,” said Oliver Blower, the firm’s chief executive in London.

Volatile markets, price movements and high volumes mean there will be plenty of suspicious trade alerts to be investigated manually. Some firms were seeing four times the normal number of alerts during the peak of volatility and high trading volumes. That heavy workload will add to firms’ existing backlogs.

“This is not a time that you want to be recalibrating your surveillance systems. You’re stuck with your existing calibration. If that normally generates, say, 100 alerts a week which are reviewed by two analysts and it suddenly produces 500 alerts, what are you going to do? You can’t hire another three analysts. It’s going to become an issue because the nuggets [of information] you’re looking for are then sitting in a backlog getting progressively older,” Bayley said.

Firms may need to consider how, during this crisis, they can add resource to alert analysis. That will be difficult, but falling increasingly behind and letting the problem grow is also unsatisfactory. Firms need to be more proactive despite the circumstances.

“Many smaller firms I speak with rely heavily on manual sampling for trade, eComms and voice surveillance. If your volumes have tripled, are you tripling the volumes of samples? Manually? How many more people are you hiring? If answers are not readily forthcoming, the firm is taking a lot more risk. The regulators expect firms to be proactive and not just react to stimuli. The surveillance job is not characterised by ‘I have to clear these alerts’. With markets in an extremely active and volatile state, those alerts probably aren’t identifying the real risks right now anyway. Firms need to be thinking about the data they need to understand their position in the market and what their clients are up to,” Di Giammarino said.

When firms began to distribute trading activities between back-up locations, home and the office, the FCA said they should take all steps to prevent market abuse risks, possibly including enhanced monitoring or retrospective reviews.

“We will continue to monitor for market abuse and, if necessary, take action,” it said. Firms’ ability to reconstruct trades and respond to regulatory queries was already a problem before distributed working, however.

“Perhaps the most telling indicator of immaturity in surveillance infrastructure today is the effort it takes to reconstruct information from the trade lifecycle. Although a legal requirement since 2007 with MiFID I, 84% of firms continue to rely on ad hoc or manual processes to link components of the trade lifecycle together,” the JWG/NICE Actimize paper said.

Piecing together trades in a period marked by high volumes and volatility, and with some traders working remotely, will be more difficult and time-consuming for firms relying on manual reconstruction. Some firms will receive hundreds of regulatory queries on suspicious trades. The workflow to collect all the information for a single trade will in some instances involve up to 250 individuals to confirm every step of the trade lifecycle and all the individuals involved in it.

“The regulator generally wants a response in 72 hours, but it can take 800 man hours to get all the information. That has a cost between $50,000 to $100,000 soft dollars in firm time and effort to gather this information. Multiply that by the number of regulatory requests per year and this is a $50 million problem, because firms cannot click a button, aggregate the data and send it off to the regulator,” Blower said.

Firms need to anticipate regulatory queries stemming from COVID-19, be prepared to respond and potentially conduct some lessons learned on where surveillance worked or failed in the distributed trading environment.

“This may be when the penny drops and firms realise the value of a system that can ingest historical data and conduct analysis without having to use a million spreadsheets and emails. They will want to use the technology. I predict there will be people knocking on our door in six months’ time asking if we have the ability to grab our phone calls and emails so we can figure out what happened over the last six months. If that doesn’t happen, then we need to talk about it, because the data may show some new and interesting trends,”