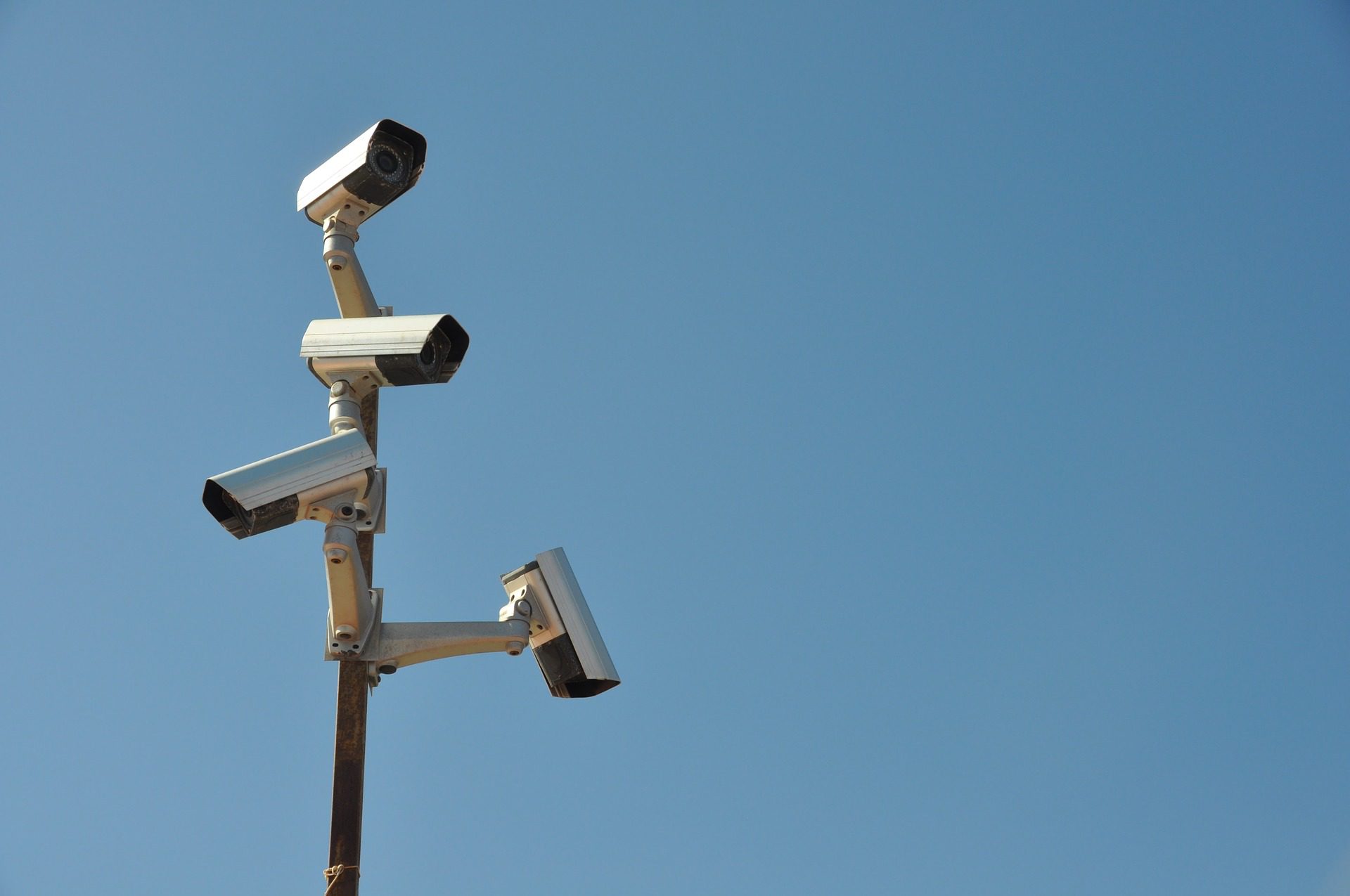 Both MiFID II and MAR have completely changed the regulatory landscape in terms of voice communication surveillance. Both pieces of regulation place a greater emphasis on firms to monitor the surveillance controls that they implement, and also introduce new holistic trade surveillance requirements that, in turn, have driven the development of new, innovative, RegTech solutions. The adoption of such solutions by firms, however, has largely been piece-meal to date, mainly due to the archaic business structures of many investment firms, particularly the larger banks. As such, the industry is not currently on track to achieve full compliance under MAR and MiFID II. For this to change, a wholesale restructuring of the way that firms operate is required, a mammoth task that faces serious obstacles. Building on our previous research into the evolution of the existing RegTech environment, this article investigates the current trade surveillance landscape, the problems it faces, and the changes that are needed.

Records of telephone conversations often constitute crucial, and sometimes the only, evidence to detect and prove the existence of insider dealing and market manipulation. Under MiFID II, therefore, all telephone and electronic conversations are now in scope for recording (article 16.7). The number of data fields to be captured from telephone conversations has also dramatically increased. For example, phone records now need to demonstrate the development of any firm-client relationships, verify compliance with regulatory obligations, detect and prove any existence of market abuse, and identify any investment recommendations that are made (MAR Article 3.1). MAR has also moved the goals posts in terms of the detection of abuse by asking firms to detect any intent to carry out market abuse via the surveillance of phone records (MAR Annex II Section 1). The difficultly that firms are facing is the sheer amount of work and effort that goes into being able to track who has said what to who and when, due not only to the fact that one individual may make dozens of investment recommendations each day, either over the phone or face to face. A clear distinction also needs to be made between hard facts and opinions, estimates or interpretations, and any forecasts and price projections need to be labelled as such.

The new pieces of regulation have also introduced obligations for firms to actively monitor and analyse the voice data they capture in order to identify issues and discrepancies prior to their occurrence [EC Delegated Regulation of 25.4.2016 article 21(5)]. For example, firms will now need to take reasonable steps to prevent employees and contractors from engaging in telephone conversations on privately owned equipment that the firm is unable to record or copy (ESMA technical advice 2.6 MiFID II). This focus on monitoring will need be a significant consideration for firms when implementing surveillance controls.

The increase in regulatory scope has driven the development of the trade surveillance solutions being made available within the industry, with RegTech firms having generally kept pace with the increase in requirements. In terms of surveillance techniques, investment firms are generally testing the water for what works and what doesn’t. For example, some banks are developing and testing in-house voice-to-text tools and are finding some success, with firms reporting a 70% accuracy rate in some instances. Other firms are using existing solutions offered by third-party vendors with mixed results. Historically, the use of third-party vendors for trade surveillance purposes has been a contentious issue, mainly due to the perceived data security risks that accompany the outsourcing of internal data to external providers. In recent years, however, the industry has become more and more inclined to outsource its trade surveillance functions to vendors.

One drawback of using third-party solutions, as opposed to developing in-house techniques, is that they cannot provide surveillance in real-time if the data is being exported off-sight. In reality however, real-time surveillance is more likely to be a long-term goal rather than standard practice. Some banks are also claiming that vendor solutions can prove too expensive due to the customisation that comes with them, and are continuing to experience issues when determining whether calls are internal or external. Leading vendors do admit that accuracy in terms of voice surveillance can fluctuate due to problems such as background noise and accent recognition, but that specific phrases that are likely to indicate market risk can be identified up to 100% of the time.

Other problems relate to language translation. Most firms are currently only using solutions that monitor and analyse trades carried out in English, whilst a small proportion are using other languages. Some major banks, for example, are currently implementing surveillance solutions for trades carried out in both Italian and German, whilst others are planning to monitor other languages besides English due to Brexit, including French, Cantonese, Mandarin, Portuguese and Spanish.

The issue of false positives is likely set to dominate the agenda for 2018. Firms are currently experiencing high levels of inaccuracy in terms of alerts being generated, whereby the success rate for alerts that identify genuine suspicious activity can be anywhere from one in one thousand to one in one million, the remainder being red herrings. Firms are arguing that such levels of inaccuracy are largely due to the fact that, since the financial crisis, the regulatory landscape has expanded to such an extent that firms are struggling to keep up.

An area under consideration for tackling these problems is to develop solutions that utilise artificial intelligence, specifically machine-learning, but this is also not without its problems. As things stand, surveillance systems are not permitted to utilise artificial intelligence if the investment firm cannot keep track of what the solution is doing. For example, black box trading systems are prohibited under current legislation due to the opaqueness of their internal workings.

Ultimately, regulation is putting pressure on investment firms to do two things: Firstly, to produce more ‘semantic’ information surrounding trades, thereby creating an integrated picture of a financial instrument’s activity, and secondly; to adopt a more proactive and preventative surveillance approach to identify a risk before it occurs. To achieve these ends, firms will need to implement holistic trade surveillance controls that are capable of collating and deciphering information from the separate data silos, including voice, e-comms and trading data.

Investment firms are arguing that, in terms of such holistic solutions, no such ‘silver bullet’ yet exists, whereas the RegTech industry is claiming otherwise. This gulf between firms and vendors has largely come about due to the fact that investment firms are proving , in some cases, too risk-averse and in others too budget-constrained. To achieve full-compliance under the rulesets, investment firms, particularly the larger banks, will need to completely breakdown and remodel their business practises in order to amalgamate large numbers of data silos.

The reality, however, is that firms do not have the budgetary scope to carry out such a wholesale restructuring, especially with the risk of a lack of regulatory endorsement, and the holistic surveillance controls required for full-compliance are not being implemented as a result. Instead, firms are forced to focus on piece-meal technological solutions that fit their existing business models, the result being the perpetuation of the status quo. Banks remain partly-compliant and would rather suffer fines for misdemeanours than rebuild their business structure and practises in a way that fits the post-crisis regulatory framework. What consequences this will render for the financial system are yet to materialise, with MiFID II having only just been implemented in January of this year.

The topics of our research into trade surveillance controls will be discussed at our third annual RegTech Capital Markets Conference on 7 March 2018. The momentum behind the RegTech agenda has increased dramatically in recent years, and the market needs to be on the same page when it comes to standards, collaboration and technological capabilities. The aim of March’s event will be to see what firms, regulators and their suppliers have been doing about RegTech during the previous 12 months and to establish leading practices for RegTech. Registrations have topped 300 attendees from over 65 investment firms, regulators and standards bodies. If you would like to attend the conference then please register via this link: http://regtechconference.co.uk/register/. Better still, if you are employed as a senior manager at an investment firm you get in for FREE.