Article
Bringing down the borders 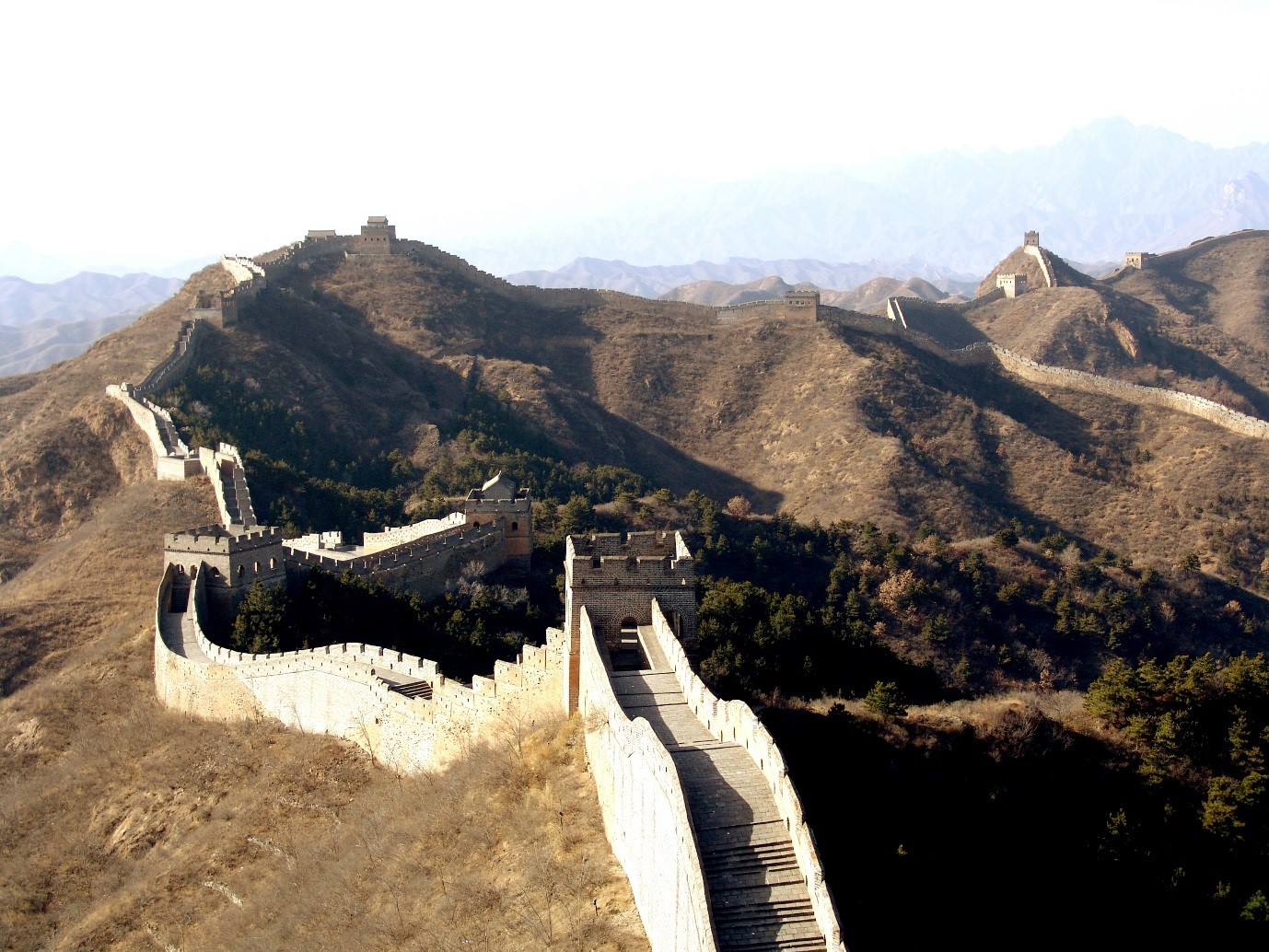 Euromoney’s article, earlier this year, stated that regulatory arbitrage in Africa is growing as banks begin to establish branches across their borders and exploit regulatory loopholes in the host country.  This may result in a lack of accountability due to the frameworks not being in place for consolidated supervision, and is a stark reminder of the need for cooperation between jurisdictions.

On the other end of the scale, increasingly stringent regulations governing the countries at the epicentre of the financial crisis are starting to show different kinds of cracks.  Here, the variations between regulations are causing a plethora of problems for financial institutions operating across borders; creating issues such as double reporting, conflicting requirements, and increasing costs.

So, with this little taster, it is clear that the current financial debate cannot just be reduced to a matter of more or less regulation.  These increasingly globalised times call for a convergence of regulation across borders, with the debate itself shifting from optimising the right balance between investor protection on the one hand, to increased market access and competition on the other.  Cooperation is essential to a harmonised framework and a safer financial system for all.

All this makes last week’s publishing of the International Organisation of Securities Commissions (IOSCO) final report on Cross-Border Regulation an extra special occasion.  It’s the result of a concerted effort to collect opinions from across the industry on cross-border regulatory issues and their potential solutions.  Using survey results from across their membership and the output from three roundtable meetings in Hong Kong, London and Washington D.C., the final report presents a collated summary of the findings, in particular relating to IOSCO’s three suggested tools for facilitating cross-border regulation: passporting, national treatment and recognition.  Together these tools make up what is called the regulatory toolkit, and they are summarised below.

National treatment is a method whereby foreign entities to a jurisdiction are generally treated in the same manner as domestic entities, regardless of the foreign regulatory regime.  This avoids preferential treatment of any given entity and allows foreign institutions/market participants to provide services in the host jurisdiction under the same rules, and without bias.

The aims of national treatment are to create a level playing field where participants are treated substantively the same; to promote transparency, efficiency and predictability within the jurisdiction; to reduce systemic risk by ensuring the same direct oversight of entities; to improve capital flows.

Of course, it’s not all positive.  There is always the chance that legal restrictions in foreign jurisdictions may prevent, for example, domestic regulators from carrying out onsite inspections or examinations of domestic entities domiciled in foreign jurisdictions.  This places a precarious amount of responsibility on the host regulator to keep track of an entity which is not domiciled there, and a lack of control for the domestic regulator who cannot respond to suspicious reports or inhibitions themselves.

Recognition is a tool which partially tackles the above problem.  It is more flexible than national treatment in that a market entity requests access in foreign jurisdiction to provide its services, and that host authority then respects the regulatory regime under which the entity is bound.

It comes in two forms: unilateral recognition, which is a one-way recognition of a foreign regime as described above; and mutual recognition, when the process is reciprocal between one or more jurisdictions.  It can be argued that mutual recognition incentivises proper respect from each jurisdiction, as each is dependent on the other(s) for the effective governing of their respective entities under the regulatory regime.  However, if the host authority does not consider the foreign regulation to be at least as equivalent as their own levels of regulation and safeguards, they may impose additional requirements.

A useful invention to mention here is IOSCO’s ‘Memorandum of Understanding’ (MoU) – a signed agreement between regulators that acknowledges, on paper, the recognition of each other’s regimes, and allows for the sharing of information and oversight between jurisdictions.  This has worked well for MILA – the Mercado Integrado Latinoamericano.  This is a virtual integration of the stock markets of Chile, Colombia, Mexico and Peru where, under the signed MoU, investors from all member countries can access a common platform to trade stocks in any of the four markets.  The trading platform is overseen by a supervisory committee consisting of a regulator from each jurisdiction, so the market can be monitored together, and fairly.

There is a whole range of flexibility on recognition as a tool for facilitating cross-border regulation – from substituted compliance to conditional exemptions – and the level by which foreign regimes are recognised will often depend on the purpose of the foreign entity and their compatibility with the domestic regime.  The scope of the recognition agreement is also determined by a prior assessment, which examines the extent to which foreign regulatory regimes match the home regime by looking at their ability to meet certain regulatory outcomes, such as investor protection, reduction of systemic risk or maintenance of local market integrity.

As you can see, the greater flexibility and robustness of recognition as a cross-border regulatory tool increases its complexity.  This can create challenges, such as a lack of resources to conduct assessments, a lack of understanding of the foreign regimes regulatory framework, due to the absence of knowledge of its wider context, and inconsistencies in the assessment, due to disparities between frameworks.

Crucially, recognition depends heavily on cooperation.  This is both its strength and its Achilles heel.  It is ideally the direction we aim to be heading in, but many jurisdictions lack the framework to undertake a robust assessment, or have an assessment conducted upon them and, with the increasing amount of requests for unilateral or mutual recognition, resources to keep the whole process as comprehensive as it needs to be are becoming scarce.

At the other end of the spectrum, passporting often requires a pre-existing integrated framework and set of rules between countries that allow the holder of a regulatory ‘licence’ to offer financial services in other jurisdictions, subject to that agreement.

This is a phenomenon that only exists in the EU.  It is used for marketing by fund managers, the operations of Central Securities Depositories (CSDs) and Central Counterparties (CCPs) and the activities of trading platforms, to name but a few.

The costs are all laid down in the foundations.  For starters, obtaining the full agreement from a number of countries for such a wide framework is difficult.  It will often require central governing body oversight to be effective, and this is equally difficult to establish.  Add on the costs of creating a framework that is sufficiently granular to be applicable for all countries, and which requires the sharing of information across its entirety, and you have the answer to why passporting is still in its infancy.  It is perhaps the ideal but, outside of an integrated economic area such as the EEA, it remains simply an idea, and not a practical reality.

It’s fair to say that, in terms of a pinned-down solution, we’re not entirely there yet.

But IOSCO’s consultation feedback makes another thing clear: market participants are keen to press on.  Many complaints were received on the insufficiently coordinated regulation of cross-border activity, highlighting conflicting rules, double reporting and regulators relying on ad hoc solutions in the absence of an official process.  As a result, recognition was top of the list as a tool to be developed and used more.

And the best news is that, with the possible exception of the firms taking advantage of these regulatory loopholes, both sides – regulators and market participants – are eager for a solution.

Global convergence in regulation is still a long way off, but the dialogue has started.  Examples of successful bilateral cooperation are plentiful in IOSCO’s report and, thus, there is a resounding call to expand on what works and to further establish the best methods for facilitating a framework for cross-border financial activity.

Keep up to date with the ongoing debate via our alerts as we follow all the exciting new developments from the FSB (who oversee IOSCO) detailed in their work plan released just last week.