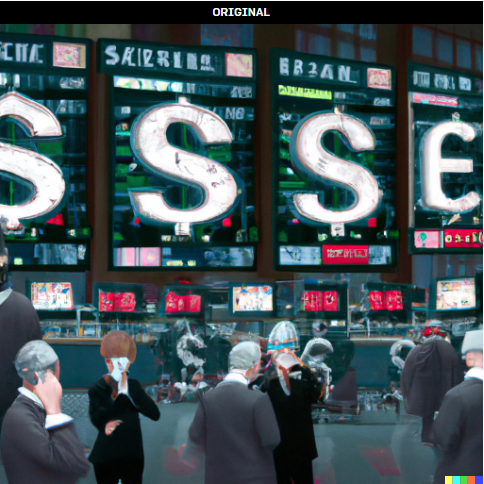 By Rachel Wolcott, Regulatory Intelligence has contributed to this article.

Charges will apply for some delayed market data accessed on a terminal or feed as of January 1, 2023, senior banking sources said. The Markets in Financial Instruments Directive ( MiFID II) rules state market data should be free after 15 minutes. That rule has allowed sell- and buy-side financial services to access delayed market data free from Bloomberg and Refinitiv since January 1, 2018.

“Some European trading venues have decided to change the rules. Let’s say to use the existing wording so that you will still be able to receive the 15-minutes delayed data [for free] if you look at it on the website of the exchange. How many of you are spending time looking at a basic European — let’s say six European exchanges–every single time you want to look for a share of Daimler Benz or Vodafone? Well, if you do not look at it from our website, and if you might want to look at it in direct distribution — I’m going to name two sources, Bloomberg or Reuters, whatever they’re called now — Refinitiv — say well there is a fee as of the first of January 2023,” said a senior banking figure at a conference held under the Chatham House Rule.

“The majority of users on the different trading floors and the different users of the market data community are saying clearly the trading venues are playing on the words of the regulation that we have effectively started to see since January 1, 2018. So, this is causing significant issues. An army of lawyers are playing on words to create new licensing requirements and new fees to pay,” the source said.

Nasdaq’s spokesperson confirmed the only way to access delayed data after January 1 will be from its website. It has always been its policy that if a data distributor charges its clients for delayed data, it charges the distributor. If they provide delayed data free of charge, Nasdaq does not charge, the spokesperson said.

“Charging in the event of redistributed 15-minute data for a fee, or value-added service, as defined by the [European Securities and Markets Authority (ESMA)] guidelines, is standard market practice and there is no change in this foreseen for January 1 from the exchanges’ side. Moreover, exchanges remain committed to the fair and timely provision of high-quality market data,” a Federation of European Securities Exchanges (FESE) spokesman said.

Delayed data has never really been free, unless it is in its most basic form, industry officials said. In some instances when firms access delayed data from an exchange’s website it is only free to observe or use internally. If a firm then aggregates it with other data, some exchanges will charge a fee even if it is for internal use only. Data providers such as Bloomberg and Refinitiv offer free delayed data to customers as part of their subscription packages.

A spokesman for Switzerland’s SIX declined to comment. Bloomberg, Refinitiv, and Ice Futures did not comment by press time.

Now in some instances, Nasdaq, for example, firms will only be able to access free delayed data from exchanges’ websites. Those accessing some exchanges’ delayed market data from Bloomberg and Refinitiv will be charged.

Some exchanges will not charge

Euronext confirmed it will continue to publish market data free of charge on its website with a 15-minute delay. Delayed market data is free of charge for any internal usage, including through data vendors. If a user is looking at delayed Euronext market data on a Bloomberg or Refinitiv terminal, they will not be charged.

“[Deutsche Boerse’s] 15 minutes delayed data will continue to be accessible free of exchange fees for data users via market data vendors such as Bloomberg, Refinitiv or any other vendor. Please note that, however, we cannot speak as regards any intentions on vendor side to charge or change the applications for delayed data, or any other third-party trading venues,” a spokesperson said.

The European Securities and Markets Authority’s 2021 guidance on the MiFID II/MiFIR obligations on market data say free access to delayed data should be provided to any customer, including professionals. The data should be in a format adapted to users needs and available for a “sufficient” time. It should be available in a machine-readable format, in commonly used programs so that users can “automatize” data extraction. Data delivered through a website generally does not meet these criteria.

There are circumstances, however, where data providers may impose a fee for delayed data.

UK rules on delayed data have not changed. All trading venues will need to comply with their obligations and if they do make significant changes, they are expected to inform the Financial Conduct Authority.