Article
The RegTech marketplace: in depth analysis (Part 1 of 3) 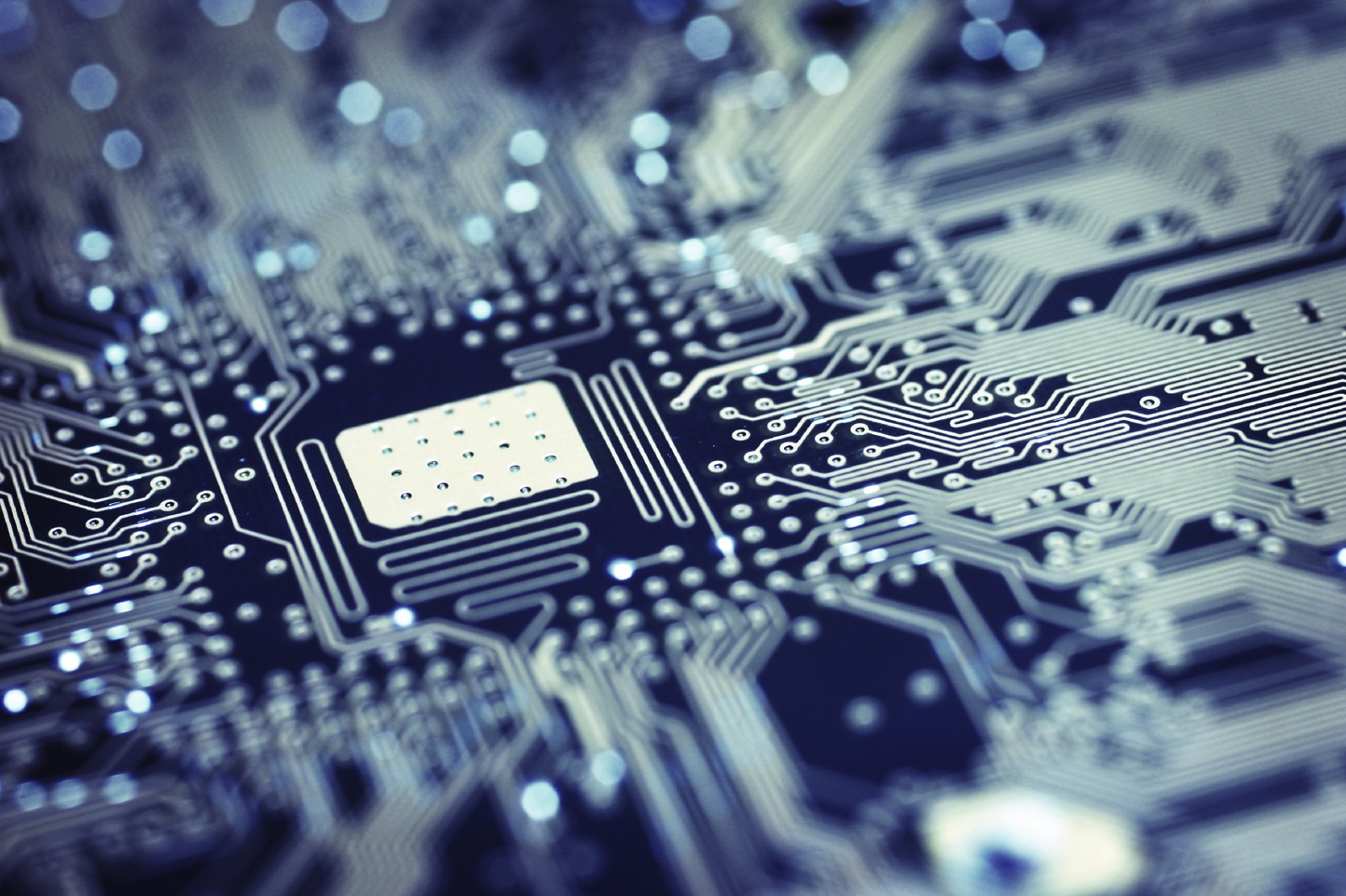 An EY report released this week in conjunction with the UK Treasury, declared the UK to be the highest ranking FinTech sector in the world with a market size of £6.6 billion.  The authors predominantly attributed this to the UK’s accommodative regulatory regime for startups and the associated disruptive technologies they bring to market.

We couldn’t agree more, but need to point out that the size of the market quoted by EY is way below the UK’s Government Office for Science, FinTech Futures, which reported IT spend in financial services to be £319 billion in 2014.

Based on the FinTech Futures analysis, we estimate that between £10 billion and £20 billion a year* is being spent in the UK on meeting regulatory obligations. This is equivalent to 0.7% of UK GDP, holding more value than the UK agricultural sector.

Clearly, the market is phenomenally large.  And the challenge is to get more value from technology with fewer pounds spent.  We find that, far too often, the ‘tech’ answer is a reactive and costly tweak to an antiquated system, for example, a last-minute spreadsheet fix or an adjustment to the COBOL code that was designed to work with shillings and pence.  Despite the promise of new technologies, these are often slow to be coded to the specifications required and, therefore, it appears easier to spend professional services fees of £600 to £10,000 per day than to look around for a better solution.

Enter the FCA’s RegTech initiative to scout the industry for new technologies that can be applied to the regulatory infrastructure to alleviate some of the pain points arising for both firms and the authorities.  The RegTech definition in the UK Chief Scientific Advisor’s 2015 report, is “Technology that encompasses any technological innovation that can be applied to, or used in, regulation, typically to improve efficiency and transparency”.  Essentially, RegTech provides the means for overburdened firms to provide regulators with the data they require in a way that is better, faster, cheaper and safer for all.

Before exploring our recommendations to the FCA in more detail, let’s recap the ‘tech’ side of the RegTech equation.

Underpinning this technological advance are the growing availability of large pools of data and the increasingly intelligent use of these pools.  In reporting – a huge requirement from many regulations – big data is paving the way for RegTech solutions to mine firms’ databases for the relevant information to disclose and formatting the reports accordingly, ready to go out to the regulators in a single click.  This offers full automation of the reporting process and has tremendous potential for replication across the industry.

But big data also offers new solutions to the AML challenge.  As current regulations require the checking of a wide variety of data sources to track suspicious activity, the advanced analytics offered by big data not only reduce compliance costs but also, with heightened accuracy, increase the chance of catching market abuse in the early stages.  This is done through enriching transaction data with publicly available lists, other client data and personal and written communications to track transactions to a non-cooperative jurisdiction or high-risk individual more effectively.  Indeed, as the LIBOR scandal was facilitated via the use of social media, the more datasets used and the better the technologies for scanning these datasets, the more market abuse can be effectively stamped out.

On top of the big data revolution, new forms of artificial intelligence (AI) are acting as a counterbalance to the growing compliance departments at big institutions.  You may know this as cognitive computing or machine learning – yes, there are differences in the technologies but, for RegTech purposes, we have bundled them together.

Advances in AI are increasingly enabling computers to monitor activity across multiple databases, using data mining, pattern recognition and natural language processing to mimic the way the human brain works.  Given that trade surveillance is quickly becoming one of the most cost-intensive areas of a firm’s compliance budget, being able to utilise new forms of AI to monitor for suspicious transactions and other unusual activity would significantly reduce the human and financial capital required for such endeavours.

One of the trends that could be monitored is currency transactions, where reporting is currently required for all transactions above $10,000.  Money launderers, as a result, have resorted to transactions just below this threshold to avoid reporting, yet pattern recognition in computers would easily flag such trends and trigger alerts to the right people.  In the future, we may get a market that monitors itself.

In recent years, there has been an expanding migration of firms’ data from onsite databases towards cloud services.  In parallel, there’s the drive from working groups, such as the Open Banking Working Group (part of the Open Data Institute), for data sharing between banks, with last year seeing the announcement of an Open Banking Standard to facilitate the secure exchange of information that could be valuable to the public, the regulators or the banks themselves.  Indeed, while a totally transparent world may still be some time away, developments in data availability, data quality and the hosting of services on the cloud for easier communication between databases are strong foundational drivers in the RegTech advance.

One way in which the cloud, in particular, could benefit financial services regulation is in testing.  This encompasses testing of new policies themselves (harnessing broader scope impact assessments to model the effects that policies might have on the industry), testing for the purpose of meeting regulations (such as algorithm testing requirements proposed under MiFID II) and, ultimately, the testing of new innovations on a virtual regulatory landscape, much as the FCA’s virtual sandbox already does for trialling FinTech products.

Distributed ledger technologies (DLT) have ignited a wealth of interest that has spread far beyond the financial sector but, as DLT is, in its most basic form, a next-generation ledger for the recording of transactions across a decentralised database, it has predictably attracted the most attention from regulators and firms in the financial world.  One of the regulatory processes that DLT can clearly enhance is central clearing where executed trades could be recorded on each of the counterparties’ ledgers without the need for an intermediary.  While, as has been rightly pointed out, the process of clearing must first be fully understood to explore how DLT could act as any form of replacement, its potential to reduce the costs of this heavily administrative process has excited both firms and regulators.

What gives distributed ledger technology the most potential, though, is that it is just the foundation.  Many applications can be built on top of the blockchain (the distributed ledger built to support the bitcoin virtual currency, now being used for other purposes) – one of the most useful from a regulatory perspective being smart contracts.  These offer a self-paying, fully automated financial contract between counterparties that eliminate the need for any registration or verification.  This adds particular value to regulatory requirements focusing on collateral, settlement and dispute resolution and, from a regulator’s perspective, the reduction of counterparty risk and systemic risk.

Other features currently being explored include Estonia’s leading innovation in utilising the blockchain for identification purposes.  This is still a work in progress, but the government have already set up a method for paying tax via the distributed network.  Blockchain, from this angle, has the potential to disrupt the ongoing identifier debate across regulatory regimes and drastically reduce current complexities.

It’s fair to say that DLT is a ‘hot market’ that regulators are watching. The most recent regulation-relevant publication on blockchain was an expert article from BaFIN reviewing how DLT works, how it can be applied and its possible effects on the financial market. This follows last week’s ECON report on virtual currencies, which recommended that the government explore the use of real-time DLT as part of a UK RegTech agenda.

In a sense, semantic models provide the underpinning of all these technologies.  They facilitate the communication between databases, applications, documents and people in extracting data from one point and transferring that message to another point – in a language that can be understood.

In the RegTech world, these models can, and have, produce a semantic ontology that links the words used across regulations to describe the specific classes of requirements and how they apply to a particular regulation.  This reduces the likelihood of duplicate reporting, but also helps firms stay on top of the regulations they are subject to, helping them simultaneously prepare for similar obligations across multiple regulations, rather than handling them one by one.  The overarching objective would be to create a standardised language for regulatory requirements, underpinned by common data standards, that could be incorporated into the resurgence of cognitive computing, using rule-based algorithms to sort out complex regulatory questions and giving simplified, transparent answers.

It’s important to take away that, in the face of the volume and complexity of regulatory initiatives, these new technologies provide the underlying capabilities to significantly improve the ways business is done and obligations are met.

Of course, if all that is described above could be easily slotted into the current financial market’s infrastructure, then we wouldn’t be writing this article.  Stay tuned for the next part which will investigate the barriers to RegTech adoption. You can also find the agenda for our 5 July RegTech conference here