Article
Trumping Dodd-Frank: building on the foundations of the Financial CHOICE Act 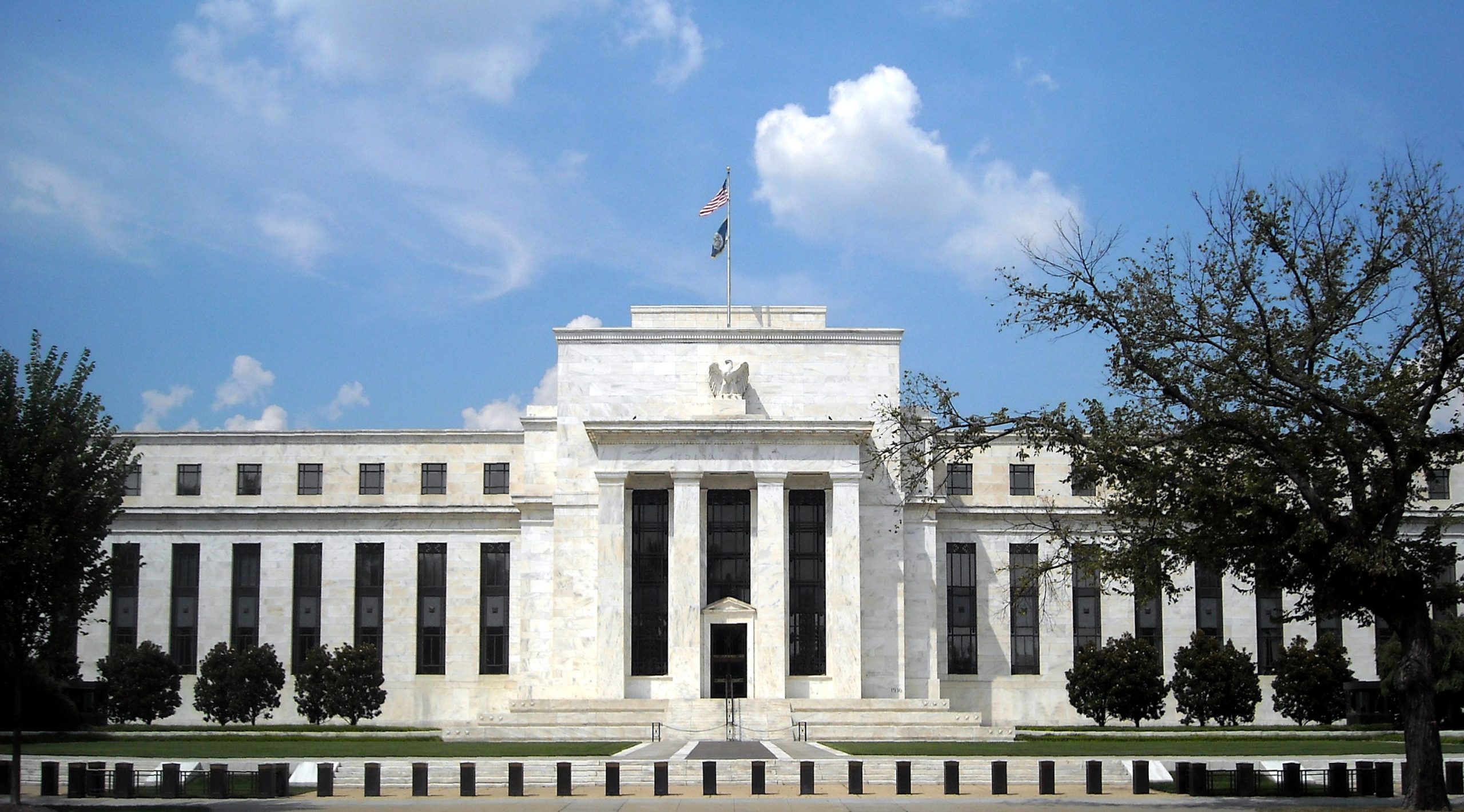 On 3 February 2017, President Trump announced in a press briefing that “we expect to be cutting a lot of Dodd-Frank” because “so many people, friends of mine, with nice businesses” had been stifled by regulations and therefore faced difficulties acquiring loans.  Later that day, Trump signed Executive Order 13772, which established the agenda for reforming US financial regulation. Despite fears that he would attempt to completely overhaul Dodd-Frank, the “core principles” set out in the executive order are largely concurrent with mainstream Republican criticism of Dodd-Frank. The executive order alone is a relatively weak measure to reform Dodd-Frank, but contextualising the order within mainstream Republican thought and policies provides it with efficacy.  Before addressing the concrete reforms that could occur, a reminder of the broad and complex key features of Dodd-Frank is necessary.

Named after Senators Barney Frank and Chris Dodd, Dodd-Frank became effective on 21 July 2010 in the wake of the 2008 global financial crisis. The aim of Dodd-Frank was to prevent a similar crisis being repeated and it sought to achieve this aim by increasing the amount of capital reserves held by banks, making banks hold a larger portion of easily-liquidated assets, making big banks submit annual stress tests administrated by the Federal Reserve and applying a G-SIB surcharge to globally-important banks like J.P. Morgan Chase and Citigroup.  It also created the Volcker Rule, which prohibited proprietary trading and investments in hedge funds and private equity by commercial banks. In addition, Dodd-Frank founded the Consumer Financial Protection Bureau to protect consumers from unfair and abusive financial products and services. Trump’s executive order is more symbolic and cannot force reforms to Dodd-Frank, but it can set the agenda for Congress.

The executive order outlined the following core principles that President Trump wants financial regulation to be based around: allowing ordinary Americans to make informed choices about the market, preventing taxpayer-funded bailouts, increasing regulatory impact analysis, making American companies more competitive, promoting American interests in international financial regulatory negotiations and having public accountability for Federal financial regulatory agencies.  Many similarities can be drawn between the core principles and the targets in Chairman Jeb Hensarling’s Financial CHOICE Act, which was approved by the House Financial Services Committee (HFSC) back in September 2016.  In fact, Rep. Blaine Luetkemeyer recently stated that the HFSC would make amendments in mid-February 2017 to Hensarling’s bill.  The Financial CHOICE Act provides the most concrete evidence for what changes might be made to Dodd-Frank and, whilst all features of the proposed changes cannot be examined, such as repealing the Volcker Rule, the following significant aspects will be examined: American priorities in international regulatory relations, “bankruptcy not bailouts” and reforming Federal financial regulatory institutions.

There are two elements of the Financial CHOICE Act that tie into Trump’s core principle of prioritising American interests in international regulatory matters.  The first is in relation to capital requirements stipulated by Basel III.  One of the key elements of Dodd-Frank was for banks to have a certain level of capital reserves in case of another financial crash.  The Financial CHOICE Act offers a Dodd-Frank “off-ramp” for banking organisations that have a capital leverage ratio of at least 10 percent and have a composite CAMELS rating of 1 or 2 (CAMELS is a supervisory rating system that classifies a bank’s overall condition by assessing it on various qualities such as capital adequacy and liquidity.) A banking organisation would have the option to be exempt from certain international regulatory requirements, including Basel III capital standards. The difference between the Financial CHOICE Act and Basel III is that the latter utilises a “risk-based capital regime”, which gives “risk weights on specific asset classes”.  Instead, the proposal is to use a leverage ratio of 10% of a firm’s overall assets and not differentiate between different asset types.  The argument used against Basel III requirements is that the opinions of “experts” have often been mistaken in correctly ascertaining the relative risk of certain asset types.

The Financial CHOICE Act has potential implications for equivalence status with EU jurisdictions.  Title VII of Dodd-Frank requires that certain standardised OTC derivative contracts be cleared through central clearing houses (CCPs) to control risk factors.  EMIR similarly requires that certain derivative contracts are cleared through a CCP and traded on a trading venue.  Whilst the Financial CHOICE Act questions the efficiency of CCPs, it does not seek to remove them, and instead criticises Dodd-Frank for including CCPs in its too-big-to-fail category.  In addition, it stipulates that the CFTC will reassess third-party requirements for swaps and establish detailed criteria for assessing equivalence and swap regulatory requirements for foreign jurisdictions.  Currently, there is overlap between Dodd-Frank and the EU, with the latter moving in the same regulatory direction as Dodd-Frank.  This reassessment, however, combined with putting American interests at the forefront of international regulatory requirement, could result in uncertainty over regulatory equivalence.

In Trump’s executive order, his second core principle was to “prevent taxpayer-funded bailouts”.  Similarly, Dodd-Frank has been criticised by the Financial CHOICE Act for maintaining the pre-crash system of certain financial institutions being deemed “too big to fail”.  The establishment of an Orderly Liquidation Authority by Dodd-Frank allows government officials to decide which financial firms will fail and which will be protected.  The Financial CHOICE Act proposes repealing the Orderly Liquidation Authority and imposing limitations on the emergency lending authority.  Financial firms being too big to fail would be replaced by a new bankruptcy code, which the Financial CHOICE Act believes would allow banks to fail safely through a judicially-administrated system.  This proposal is based on the idea that reforms to bankruptcy law would make it feasible for banks to fail under clear legal rules and therefore reduce government bailouts.  The Financial CHOICE Act believes that reforming bankruptcy law would change the behaviour of banks by diminishing excessive risk-taking and removing uncertainty.  This section is a controversial part of the Financial CHOICE Act, but Jeb Hensarling and President Trump have both expressed their enthusiasm for ending government bailouts, which increases the likelihood of it being included in the reforms.

The Financial CHOICE Act believes the federal regulatory powers established by Dodd-Frank are not subject to adequate checks and balances by an elected body.  Specifically, a critique is made against two institutions: the Consumer Financial Protection Bureau (CFPB) and the Federal Reserve.  The CFPB was established by Dodd-Frank to manage responsibility for consumer protection in the financial sector, but it is criticised by the Financial CHOICE Act for not being accountable to Congress and, consequently, the American people.  The Financial CHOICE Act would replace the Bureau’s sole Director with a “multi-member, bipartisan commission similar to those of other consumer or investor protection agencies” and subject the Bureau to the congressional appropriations processes.  Judicial authority would be expanded to correct false interpretations by the Bureau and the Bureau must conduct a “comprehensive cost-benefit analysis” to be assessed by Congress.

These provisions of the Financial CHOICE Act will most likely form the basis for reforming Dodd-Frank but these changes are currently speculative.  Even if the main reforms outlined in the Financial CHOICE Act are discussed, the Democrats could filibuster the bill and the reforms would require the backing of sixty senators.  As the Republicans only have a small majority in the Senate, it is likely that bipartisan support from both Republicans and Democrats will be necessary. Yet, with increased polarisation, especially around Donald Trump’s presidency, the Democrats will likely obstruct Republican attempts to make wide reforms to Dodd-Frank. The Republicans could make amendments by focusing on federal funding, which would not require Democrat support, but this strategy would not create many meaningful reforms.

JWG will be following the development of reforms to Dodd-Frank and will publish further articles when more concrete information is released. To receive these updates and all the latest financial regulation, you can subscribe to our newsletter and follow us on Twitter and LinkedIn.