Article
FCA to develop dashboards; will move uncooperative firms “out of the system far quicker” – CEO 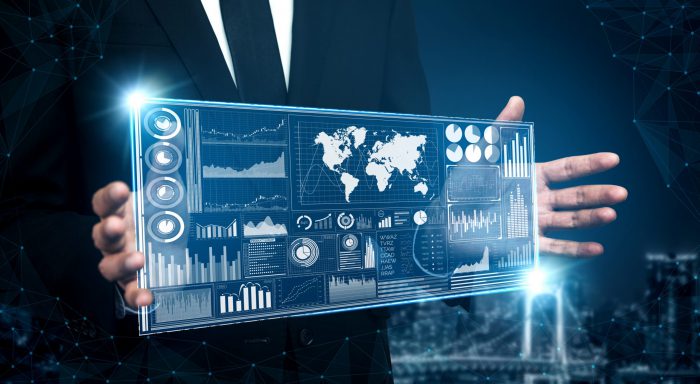 Better technology, data and information management were needed to help the FCA avoid supervisory failures in future by allowing it to be more active, rather than performing clean up after harm occurs, they said.

“We’ve got to get our systems into a better place,” Rathi said.

Randell said one of the FCA’s most pressing problems is to develop a good quality dashboard in front of all staff dealing with an FCA-regulated firm that brings together all the information it has about that firm into one place. Information and data management weaknesses contributed to the FCA’s supervisory failure of London Capital & Finance, said a report by Dame Elizabeth Gloster, a retired High Court judge.

Randell acknowledged to the committee that breaking down silos and “joining up” work streams was still a work in progress but said short-term actions were being taken to remedy that in the form of a “somewhat manual” single-view dashboard.

“Single-view of firm is important and is being piloted this month for a particular segment of firms — the consumer investments population. But we clearly need to roll it out much further. We will, by the end of 2021, do a risk assurance piece of work on the delivery of the effective supervision,” Rathi said.

Rathi said the FCA was moving out of its data centre to a cloud platform, which, when finished, would permit it to move more quickly to big data platforms. This would help accelerate the completion of the years’ long delivering effective supervision programme and future supervisor work as well.

In response to the Gloster report the FCA has introduced more risk triggers to enable it to spot other portfolios of firms where there may be risks and take earlier action. It is a work in progress and not a silver bullet, Rathi said.

“Can I give you the assurance that we’re not going to see significant issues? Not at this stage. I don’t want to give the committee that assurance. We’re building the systems; we’re developing the capability. But these things take time, and certainly in the online space, I can’t give you the assurance we’re going to catch everything,” he said.

Rathi gave a flavour of things to come with the FCA planning to develop more dashboards and indicators to spot risks and even shut down firms. The regulator already had indicators looking at regulated income streams and senior management change, he said. If red lights were flashing on those indicators, the FCA would act and expect a quick and meaningful response from firms.

“We will start building these indicators and we have started building and we’re going to industrialize and if I can use that word.

“If [firms] are flashing those risky behaviours, [they] will find that we will be contacting [them] more proactively than [they] have been historically because we hope that will be more targeted using these data techniques. If [firms] cannot convince us, and if are not responsive to our requests, we will seek to move you out of the system far quicker than may have been the case,” Rathi said.

Committee members expressed concerns about the slow pace of change at the FCA and the effect on its ability to respond to rapidly changing markets.

“The market is evolving, particularly around the perimeter. You’ve mentioned crypto…obviously, there’s GameStop, and the whole way of using social media to pile into particular securities. It feels like the market is changing very quickly, and the FCA still comes across as an organization that changes very slowly,” said Harriet Baldwin, MP (Con) at the hearing.

Rathi said the FCA intends to address this lag through heavy investment in technology, artificial intelligence, machine learning, all of which will be led by several new senior hires announced recently.

“It is, it is going to precisely the point that you’re making about the speed at which the market is changing. You mentioned GameStop, you know that there’s a category of consumer we’re not used to engaging with. Twenty- to 25-year olds sitting at home, going on social media, trying to bet on U.S. stocks, are not a group that we’re conventionally expecting to reach. Now, we put a lot of work

on pensioners. We’ve done a lot of work on vulnerable consumers but this one was it was a relatively new one for us,” Rathi said in response to Baldwin.